HomeUncategorizedGracing GGE with their presence 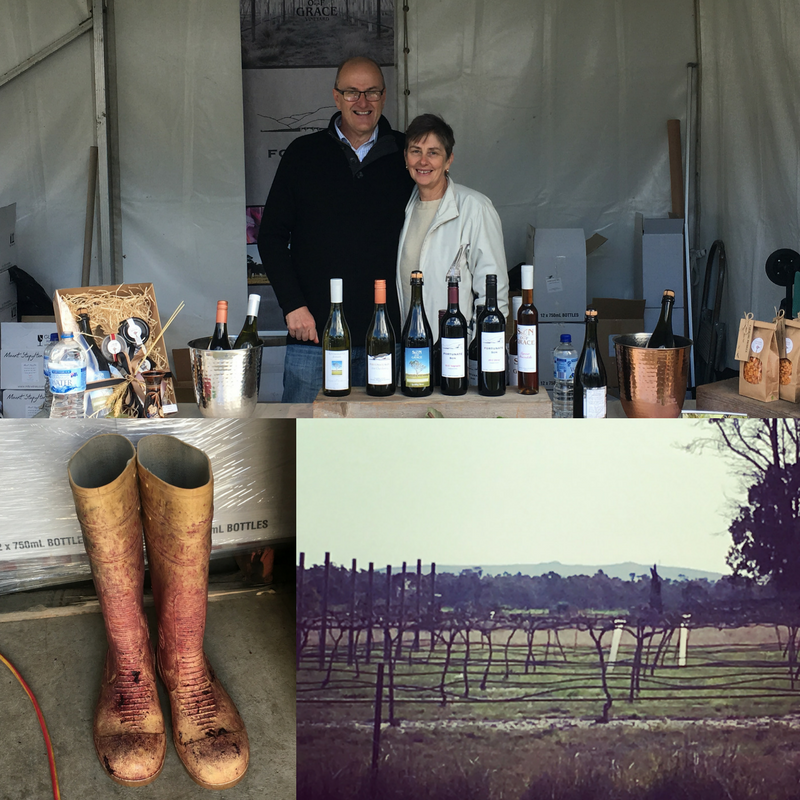 Gracing GGE with their presence

An old flour mill in Horsham is the home of Son of Grace, a winery making beautiful drops from vines planted at an abandoned fruit orchard at Quantong, giving new life to productions of yesteryear.

The winery has produced shiraz for Mt Stapylton consistently ranked in the top 10 per cent in international competitions.

Son of Grace Vineyard winemaker Don McRae, and his wife Elizabeth, have been living in the region for 25 years.

“I love the wines and the produce,” he says.

“We are positioned between Australia’s leading fine food and wine cities, Adelaide and Melbourne, and within a day’s drive of some of Australia’s premier wine regions including Great Western, Pyrenees, Coonawarra, McLaren Vale, Barossa and Clare Valleys, and our country’s best fresh produce.

“Whatever you enjoy, olive oil, craft beers, farmhouse cheeses, angus beef, wagyu, lamb, pulses, nuts, we have an abundance of every good thing.”

Living in the region for a quarter of a century makes Don a trusted source of good advice for those looking to explore further while here for the Grampians Grape Escape festival.

“It’s a three-way tie between the Grampians, The Little Desert and Mount Arapiles,” he says when asked to name his favourite attraction.

“This is so the finished products are a true expression of the soil and climate of the Northern Grampians area,” he explains.

This style has paid off for the winery, in 2012, Son of Grace produced the 2013 Howard Shiraz for Mt Stapylton Vineyard at Laharum.

The wine won gold at international competitions in London, Vienna and Hong Kong.

Don recommends people try their Son of Grace sparkling shiraz while at the festival, made from fruit grown on the edge of the Little Desert.

“It is fun to drink on its own or with nibbles or a meal, it’s all blackberry and creamy soda with a clean off dry finish,” he says.

“The bubbles always produce a party mood and it’s an iconic Australian, and Grampians, wine style.

After exhibiting at the Grampians Grape Escape for 3 years, Don has a love for his region’s bountiful festival.

“Some of Australia’s best food and wine are on a small oval in one of the most beautiful natural settings in the world – honestly, what’s not to love about that?”

“I think people love being able to talk with the producers, some of them national treasures, and feel their passion for what they do first hand.”

He has a few favourite stalls to visit when he isn’t manning his own.

“My favourites are Best’s, Michael Unwin, Montara and Blue Pyrenees,” he says.

Don is full of pride for his wine, his region and shows no signs of slowing down.

“Do what you love and people will love what you do,” he says.